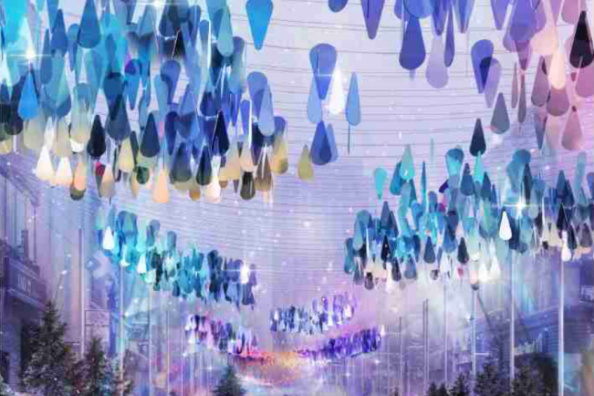 Credit: Image taken from documents of the City of Montreal

To find the next “big thing”, the city had opened an international design contest and the winner has finally been chosen. “La Tête dans les Nuages”, literally translated to Head in the clouds, will be floating above our heads starting this spring! The project will be created by two architecture firms: le Collectif Escargo (from Québec) along with WXY Studio (from New York City).

Although we don’t have a lot of information about this new and exciting project yet, we do know it will consist of floating shapes (water drops, clouds) that will give us the impression of walking under a colorful cloudy sky!The project should see the day by April 2020!

We’re very excited to see what the Village will look like with our heads in the clouds. Stay tuned for more information to come.

1013 confirmed cases of COVID-19 in the province of Quebec